You wanna know what it’s like to return to the stage after a long break? Read our first recap of 2022 now!

Our first show after two pandemic years. The first shows as support-act on TENSIDE’s Glamour & Gloom Tour. We spent months preparing for the big premiere - in our hometown.

The Glamour & Gloom Tour kicked off at Z-Bau in Nuremberg. The feeling of finally being back on stage after more than two years was indescribable.

We chose „Strung Out“ as opener since it just takes off from the first note on. The audience immediately opened up the moshpits and did not stop throughout the rest of our tour-set: 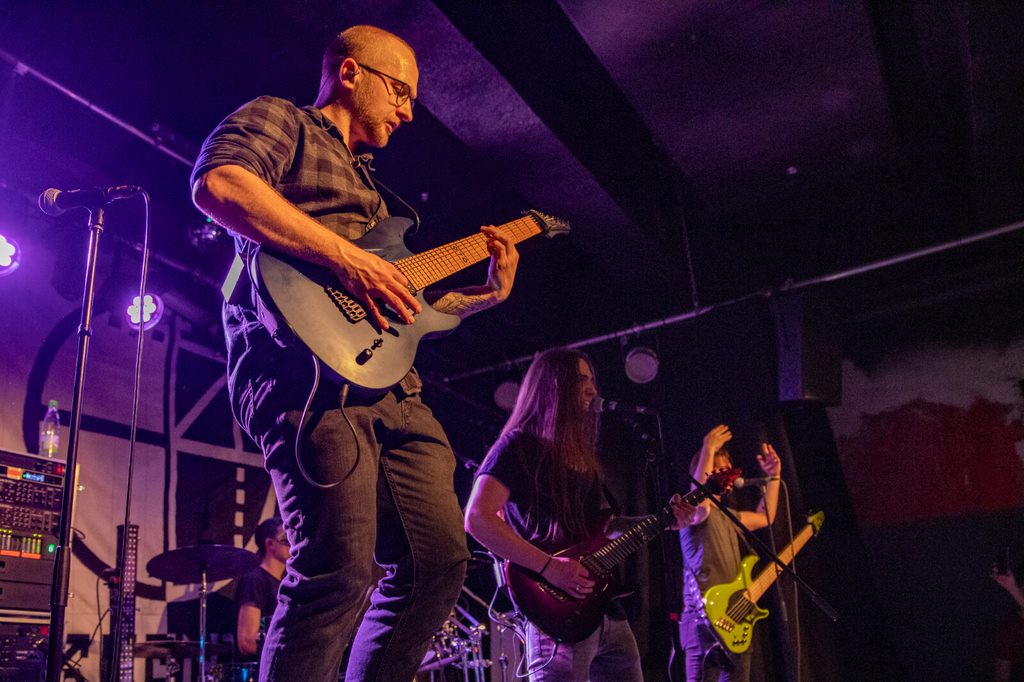 We continued with „Left Outside“, „Time Will Tell“ and „Home Alone“ before we closed out our set with „Differentiate“. Time flew by so fast but we enjoyed every second of it, with the best part obviously being all the kind words from everyone who came to see us.

Simply indescribable and surely a moment that Chris, Dario, Domi and I won’t forget any time. Comeback: CHECK!

We had a hot but at the same time refreshing drive to Augsburg (thanks to a water-attack on myself by Chris through the car window) which had us arrive in Augsburg in a relaxed mood. Our anxiety wasn’t quite as big as in Nuremberg as we were unloading our gear and checking out tonight’s venue. First you go down the stairs and will end up at the bar. The stage is on the opposite side. It's not very deep but close to the crowd which is pretty neat for interacting with people during the show. Just like the night before, we shared the stage with TENSIDE and WATCHOUT STAMPEDE. I was very happy that my little brother, mother and niece made the trip along with some close friends to see us perform tonight. Sadly, our dear manager Hannes was not able to make it, thanks to his ever broken car. (Why drive a Ford anyway, right?) From the first song on, the audience was on fire and clearly were as exited about the show as we were. Despite a much smaller stage we went all in again and left the stage with our shirts completely soaked. While and after selling some merch, we also got to watch WATCHOUT STAMPEDE and TENSIDE who both delivered a sick performance. We also found the time for some lovely backstage conversations with the other bands and discovered how much fun a fart-sound app can be if you know how to use it…

Check out our Glamour & Gloom Tour Recap Playlist on Spotify